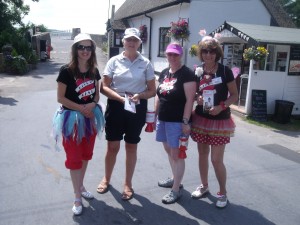 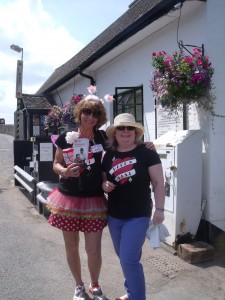 Herefordshire Heartstart were invited along to Whitney on Wye Toll Bridge to hold a fundraising day by the lovely owners Maggie and Graham Taylor, after a successful bid by the charity.

A team of volunteers from  Herefordshire Heartstart were allowed to take over the bridge on a rota basis on Sunday 14th July. During the day the toll was removed, but drivers and other bridge users were asked to make a donation to the local charity, who provide Free two hour Heartstart – How to Save a Life Courses all over Herefordshire.

Yummy cakes and cookies were made by various members of the volunteer team and hungry travellers were able to pull into the beautiful picnic area by the bridge, which overlooks the river and make a donation for a cake or cookie.

Some volunteers were in fancy dress and other volunteers were dressed in either the Hard and Fast T-Shirts donated by the British Heart Foundation (which ties in with the Vinnie Jones campaign for untrained bystanders to have a go at CPR.  If you have had no Heartstart or first aid training, the advert shows that if you find an unconscious, non breathing casualty, to first dial 999, then press hard and fast in the centre of the chest.  The advert can still be viewed at the Herefordshire Heartstart website www.herefordshireheartstart.org or you can see other versions showing people who have been saved by people using this method at the British Heart foundation website).

Herefordshire Heartstart would like to thank Maggie and Graham for being so kind and allowing us to take over the toll bridge to collect donations and selling cakes & cookies.  They were also generous and gave half of their takings from the cafe on that day and would like to thank customers and staff for their kind generosity and support.

The amount taken on the bridge, from the donations to cross the bridge, sales of cakes/biscuits and Maggie & Graham’s donation totalled a fabulous £354.60.  A further £8.30 was raised was raised at St Pauls Primary School, from the sale of remaining cakes which makes a grand total of £362.90, all of which goes towards keeping this vital service running. 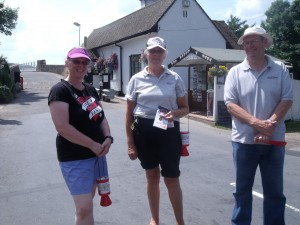 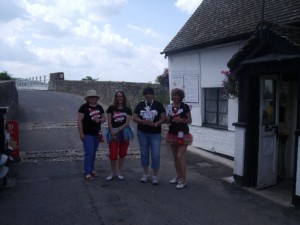 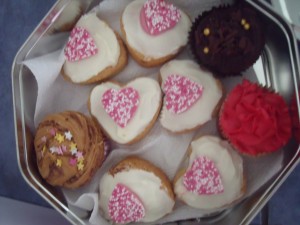 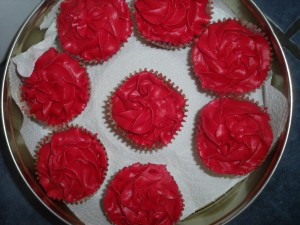 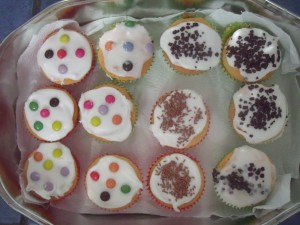