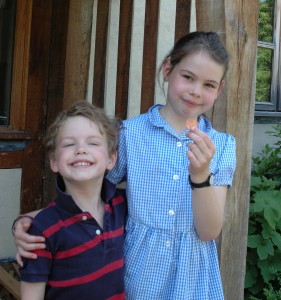 Eight year old Pembridge schoolgirl Minnie Albright, heroically saved her brother’s life when he choked on a coin after attempting a magic trick that went horribly wrong. Minnie learnt how to save a life when she attended the British Heart Foundation’s (BHF) Heartstart course at Pembridge School (1).

Merry Albright, 36, said:  “I was downstairs having a cup of coffee with Minnie’s grandmother when it happened. I am so proud of my daughter, I had no idea that

she had learnt life-saving skills in school, but I am so glad she did. If she hadn’t been taught what to do, I’d probably only have one child now. I would have panicked if I’d been in the same situation as Minnie was, but luckily, she kept her cool.”

Heartstart is a free training programme created by the BHF that teaches emergency life support skills (ELS) including assessing an unconscious casualty, performing CPR, dealing with choking and serious bleeding, and helping someone that may be having a heart attack.

In Herefordshire, the programme is run by Herefordshire Heartstart and includes training for teachers and teaching assistants on how to deliver Heartstart in their schools as part of lessons including Citizenship, PE, Science, PSHE and skills for life.

For more information about the BHF’s Heartstart scheme visit www.bhf.org.uk/heartstart or contact Herefordshire Heartstart at info@herefordshireheartstart.org.

This story was picked-up by both the Mail and the Sun on a national level:

Mail Online: Wannabe magician, 4, saved by his sister after choking on a coin

If you scroll to the bottom of the page, you can watch a video of Minnie telling her story.

Hear the BBC Hereford and Worcester Radio Interview by Andrew Easton with Minnie and Merry Albright:-

(1)    Heartstart is a free training programme created by the BHF that teaches emergency life support skills (ELS). These skills include assessing an unconscious casualty, performing CPR, dealing with choking and serious bleeding, and helping someone that may be having a heart attack.

Heartstart is a free training programme created by the BHF that teaches emergency life support skills (ELS). These skills include assessing an unconscious casualty, performing CPR, dealing with choking and serious bleeding, and helping someone that may be having a heart attack. Performing CPR on someone suffering a cardiac arrest can buy time for professional help to arrive and doubles the person’s chance of survival. To date, 2.6 million people have completed Heartstart and equipped themselves with the skills to save a life.

About the British Heart Foundation

Coronary heart disease is the UK’s single biggest killer. For over 50 years we’ve pioneered research that’s transformed the lives of people living with heart and circulatory conditions. Our work has been central to the discoveries of vital treatments that are changing the fight against heart disease. But so many people still need our help. From babies born with life-threatening heart problems to the many Mums, Dads and Grandparents who survive a heart attack and endure the daily battles of heart failure. Every pound raised, minute of your time and donation to our shops will help make a difference to people’s lives. 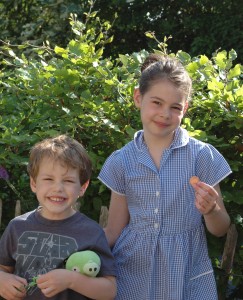 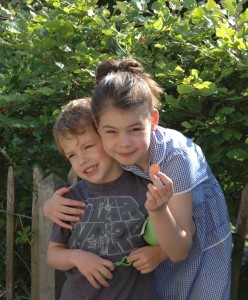 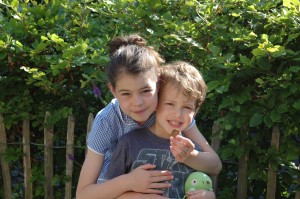