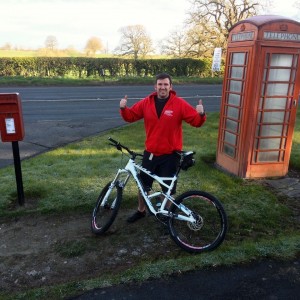 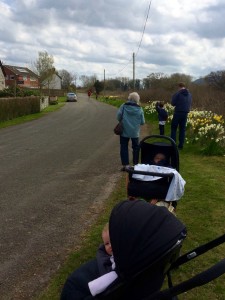 Robert says:- “To raise money for Herefordshire Heartstart, I decided to cover the whole width of the county of Herefordshire on bike and on foot in one day. The plan was to cycle the first 25 miles from Storridge, and then run the final 10 miles to Whitney-on-Wye. On April 11th 2016, I completed my duathlon challenge, commencing the journey at approximately 8:20am when I was dropped off at the side of the road, nervously ready to get going.”

“It seemed I was right to be anxious, as I was faced with steep hill after steep hill. I didn’t realise quite how hilly Herefordshire was! At about 10:30am I had made it to my checkpoint just past Byford, where I was met by my wife and children waiting with bananas and a big drink.”

“I refuelled, loaded my bike onto the car and set off again on foot. After cycling 25 miles, running suddenly seemed a very slow way of getting around! The last 3 miles were really tough and the journey felt somewhat endless, but as soon as family and friends started driving past beeping their horns and calling out words of encouragement, I knew I was on the final stretch. I finally completed the total 35 miles at 12:30pm, at a brilliant pub in Whitney-on-Wye, ready for a big steak and celebratory drink!” 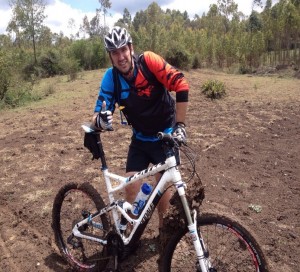 “It has to be said, I was impressed throughout on how considerate the motorists were of me both on my bike and when I was running; I appreciated that. A big thank you goes out to everyone who generously contributed, helping me to raise money for a great organisation. I set out to raise £500, but managed in the end to raise a total of £662.”

Loraine Coleman, Co-ordinator/Project Manager for the charity says “Well done Robert for doing this fundraising, for exceeding your target, and raising much needed funds for Herefordshire Heartstart to help us to teach more people how to save a life.”

Defibrillator Grant for Communities available from the British Heart Foundation